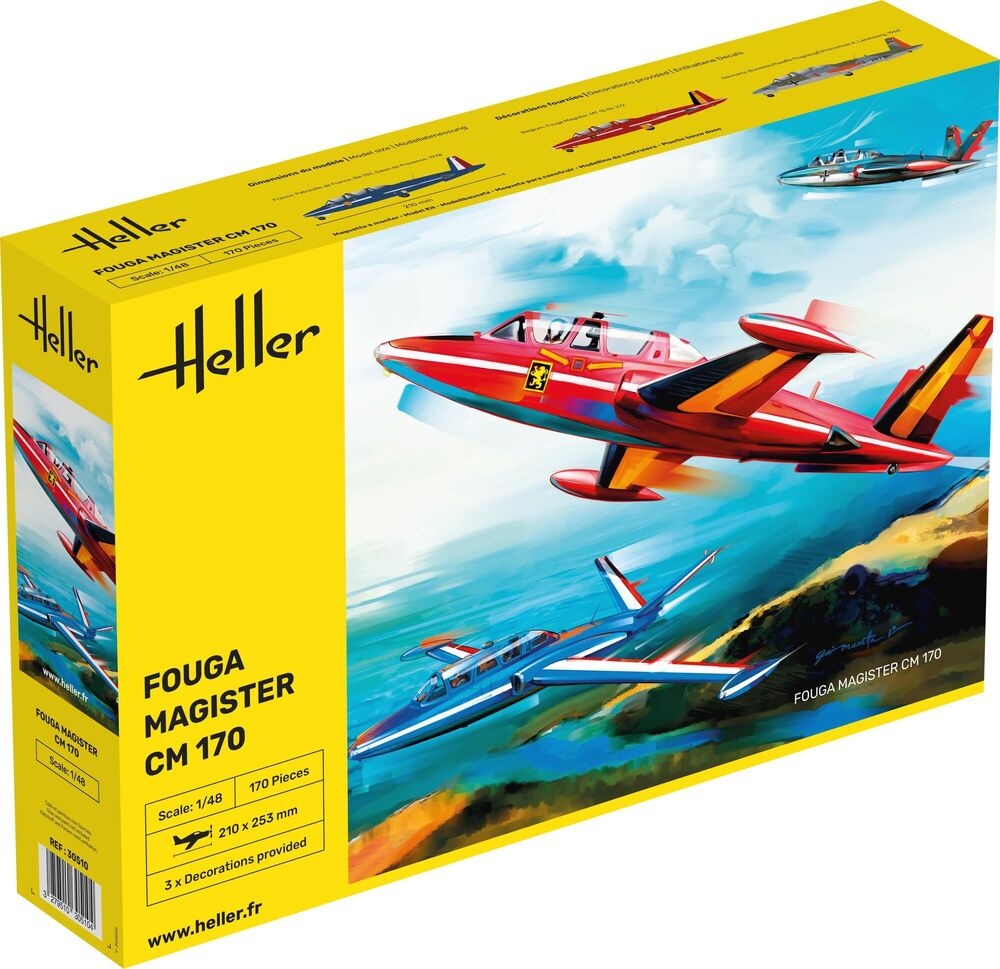 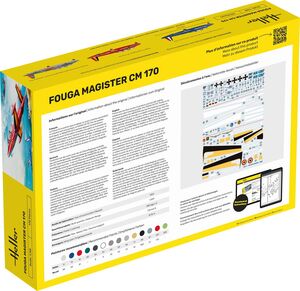 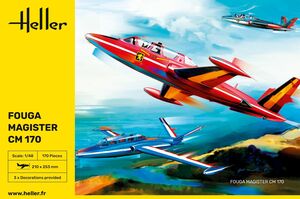 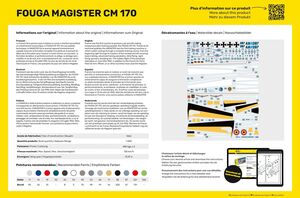 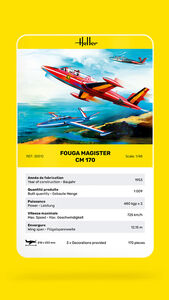 France was the first country to produce a jet aircraft making inexpensive pilot-training possible, the FOUGA CM 170. Thanks to its technical qualities the MAGISTER was the first training machine in which a pilot could go through a complete training course, from the beginning right through to mastery of the combat aircraft covering: basic training, advanced training aerobatics, blind flying, night flying, gunnery, bombing etc. The maiden flight of the prototype took place on July 23rd 1952. In addition to the French Air Force Fleet Air Arm, fifteen, or so other countries have used the Magister.