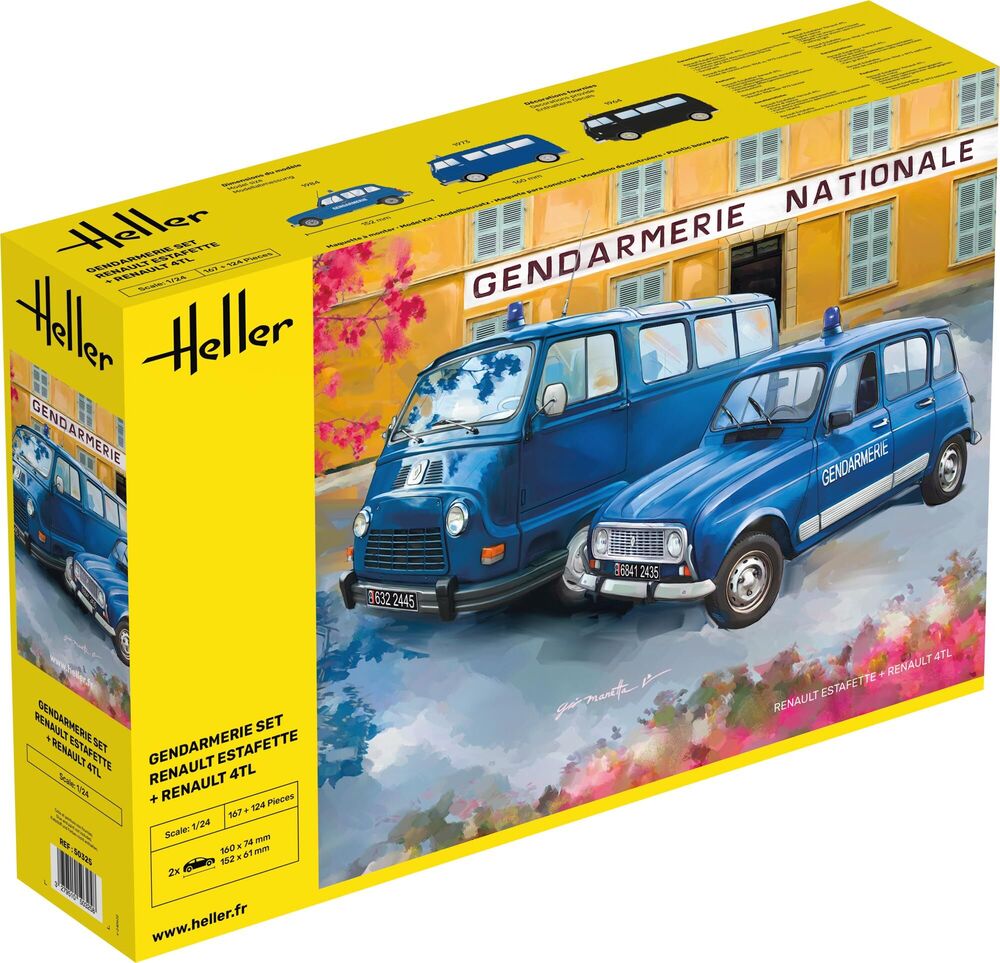 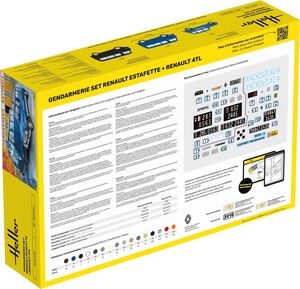 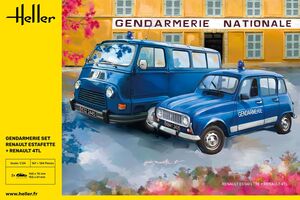 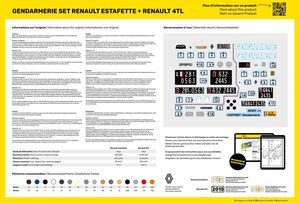 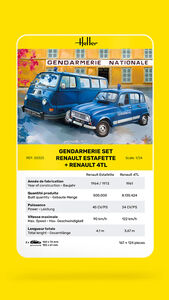 In this set, HELLER offers you the two most famous vehicles of the Gendarmerie Nationale that are most often associated with it.

RENAULT Estafette
The basic model was used by the French Gendarmerie from 1961 onwards, and the S‘Tafette was initially produced in midnight blue, almost black, before being changed to medium blue or French blue in 1969. The last vehicles entered the units in 1981, almost at the same time as the first RENAULT Trafic.
A total of 12,255 Estafettes were in service with the Gendarmerie.

RENAULT 4TL
The French government opted for the 4L in 1962. Introduced in 1963, the car was described as revolutionary, but also easy to maintain and economical, and perfectly suited the requirements of the Gendarmerie. The 1978 model proposed here had a 1108 cm3 engine with 34 DIN hp and a well-matched four-speed gearbox. The Gendarmerie had used almost 14,000 units of the 4L. The last 4L of the Gendarmerie was handed over to the Célestins district in Paris in June 1993.

The 4L and the Estafette were present on all French roads and at all crossroads for more than three decades, ensuring the smooth running of a society that had become that of the automobile.