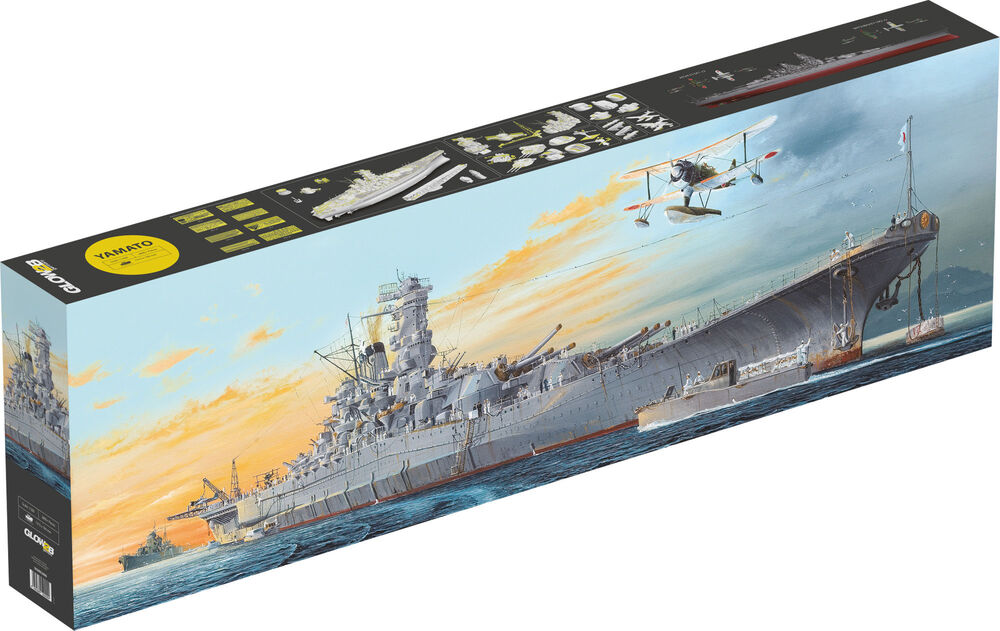 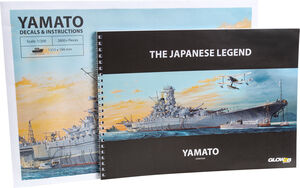 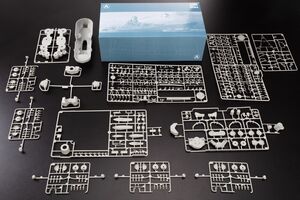 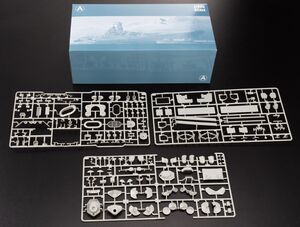 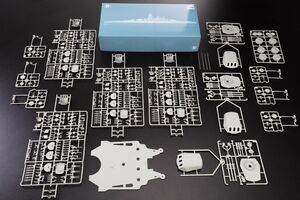 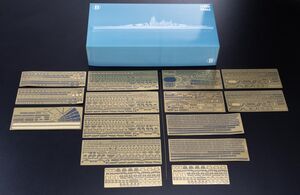 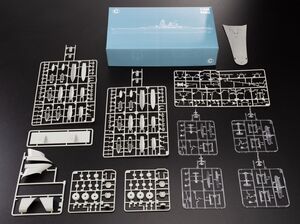 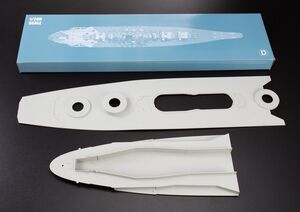 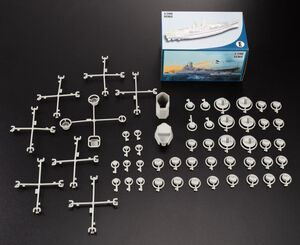 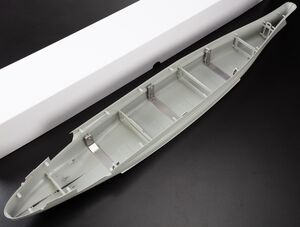 The Yamato was a Japanese battleship in World War II. It was the largest and most heavily armed battleship ever built. Between 1937 and 1941, it was built under the strictest secrecy at the naval shipyard in Kure (Hiroshima) and commissioned on 16 December 1941. At 46 centimetres, her artillery was the largest calibre for breech-loading guns ever used on ships. The Yamato, which was considered “unsinkable”, was attacked by a total of 386 carrier aircraft for over two hours on 07.04.1945, received 13 torpedo hits, 8 bomb hits and was heavily damaged by numerous close hits and sank.