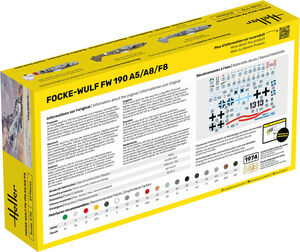 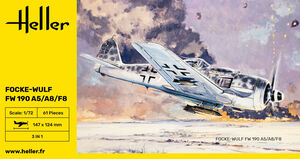 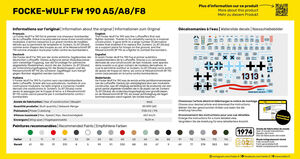 The Focke-Wulf Fw 190 was the Luftwaffe‘s first real fighter-bomber. Thanks to its versatility owing to a modular construction, it gave birth to a large number of derivative models that enabled it to replace the Junkers Ju 87 (Stuka) as a support plane for troops on the ground, and the Messerschmitt Bf 110 as a fighter to combat the bombers.