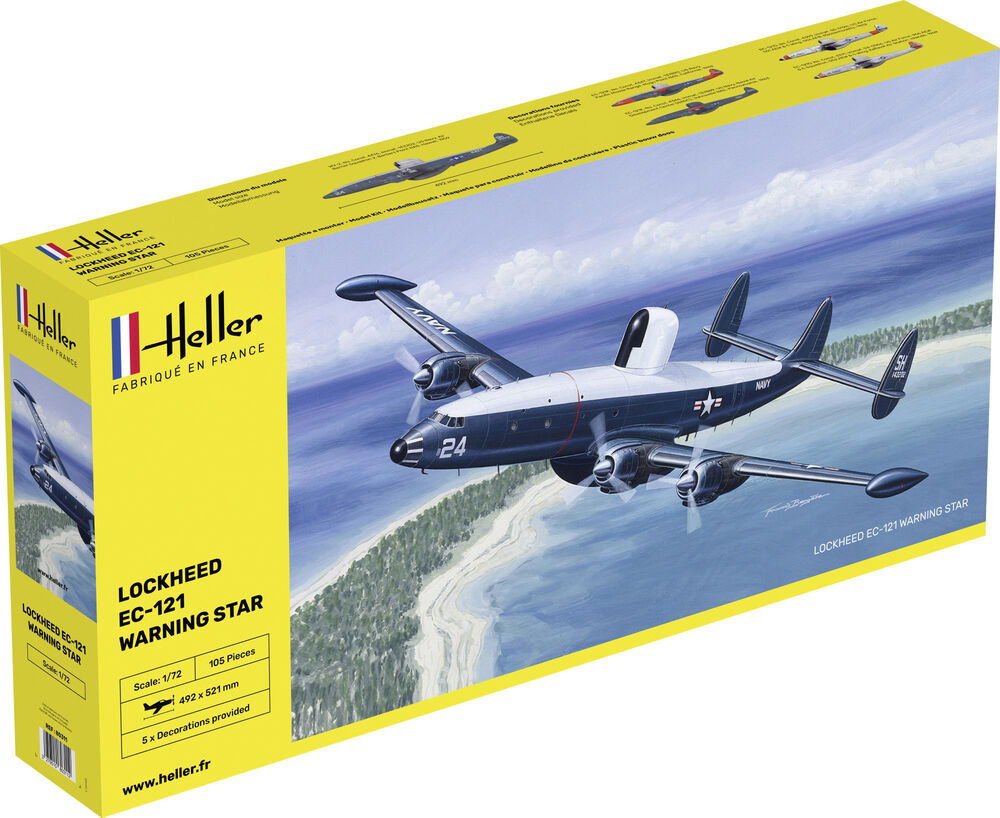 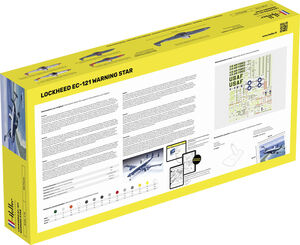 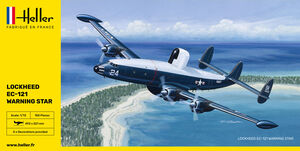 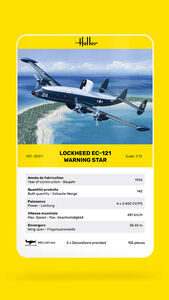 The military version of Lockheed‘s Super Constellation 1049 airliner and predecessor of Boeing‘s current E-3 Sentry/AWACS, the Lockheed EC-121 Warning Star was a warning and control radar surveillance aircraft used by the US Navy and US Air Force from the mid-1950s to the end of the 70s. With 244 initially ordered by the Navy, this plane came into service as the PO-2W and then the WV-2 in 1954, before being renamed the EC-121 in 1962. The US Air Force ordered 82 of them, 72 of which were taken from the Navy‘s initial order.
The Warning Star, nicknamed „Willie Victor“ by Navy pilots or „Connie“ (short for Constellation) by the Air Force, was able to cover the fleet thanks to its Distant Early Warning (DEW) system. The US Air Force deployed the planes in Vietnam, where one of them guided an American fighter jet in the successful interception of a North Vietnamese MiG 21 over the Gulf of Tonkin in October 1967. This was the first successful airborne-controlled attack. The EC-121s were also used to collect electronic signals intelligence, support the Apollo space programme, and in other coordination operations for the armed forces.