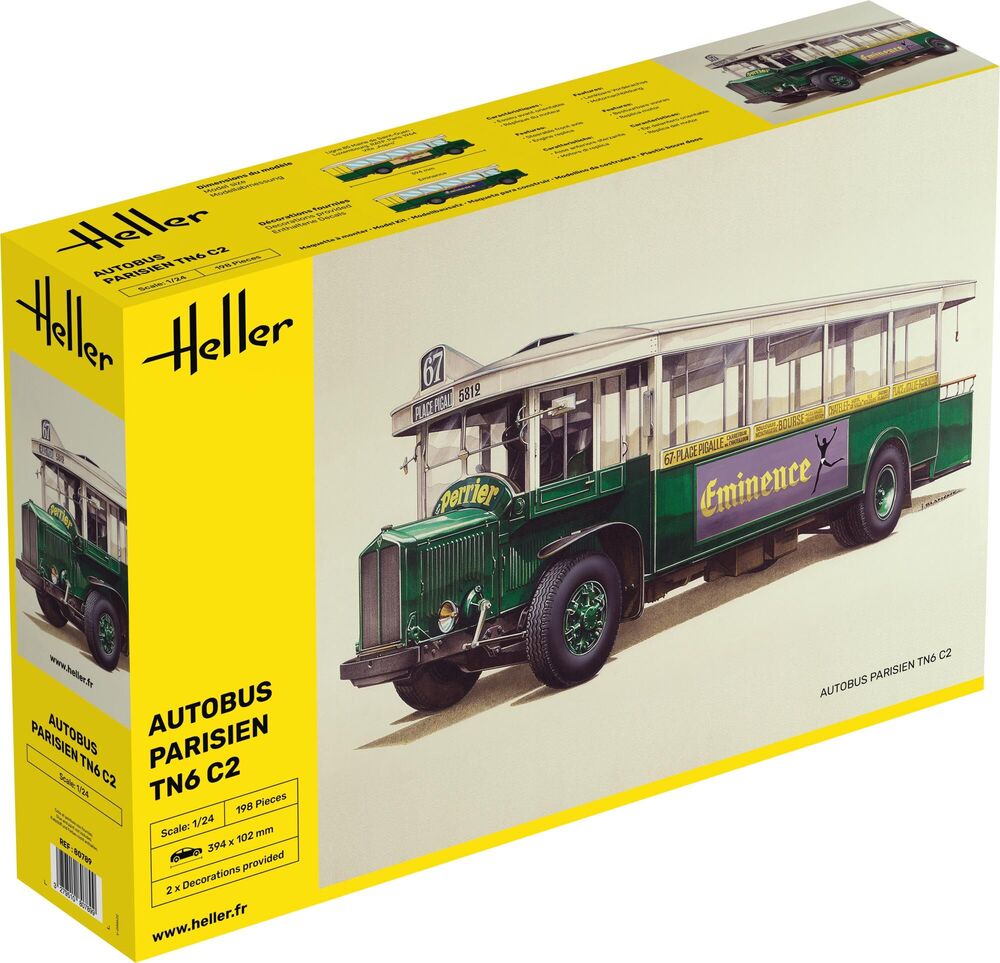 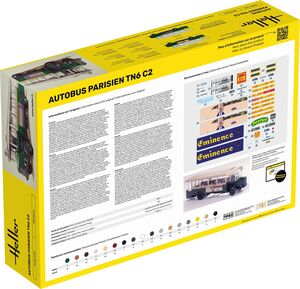 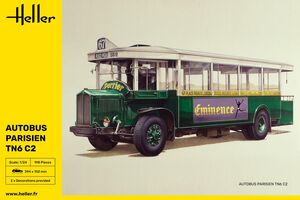 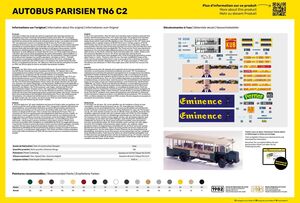 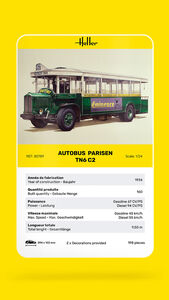 It was in the early thirties, after the Paris and suburban trams had been removed from service, that the first buses of the „TN“ series were built. The progress that had been made by the automobile industry, especially in the field of tyres, made it possible to design buses which could seat fifty people or more. The buses of the „TN“ series were equipped with 4-cylinder engines of 58 HP (TN.4) and 6-cylinder engines of 94 HP (TN.6 family). The TN.4A was used on short and medium runs in flat areas, whilst the more powerful TN.6 was used on the long suburban runs and on the very hilly lines such as Montmartre, Ménilmontant and Belleville. The TN.6A and the TN.6C were identical in appearance, the only discernable difference being in the wheels, which had rims with solid centres on the TN.6A, whilst the TN.6C had removable rims, called „artillery rims“. The enormous flexibility of use of the TN.6C was legendary among drivers. During the war, these buses were equipped with a coal-burning gas generating system, either Imber or Gohin--Panhard. After the war, the main modification made on the TN.6s was the enclosing of the driver‘s cab, so as to allow him a minimum of comfort during the winter months. Replacement of the „TN“ buses was begun in 1960, and the lastone was withdrawn in 1969, thirty eight years after the first one was put into service.