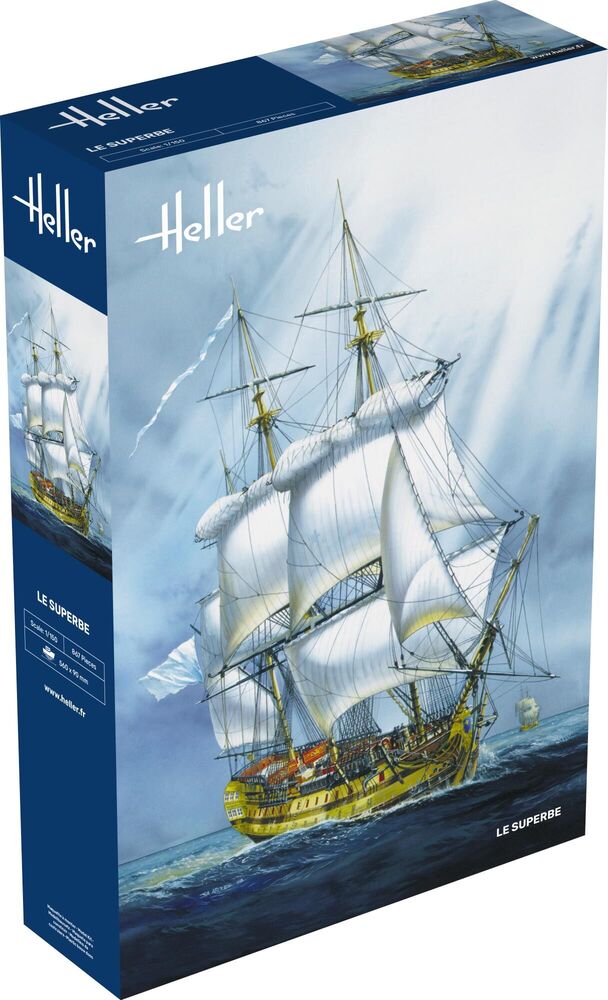 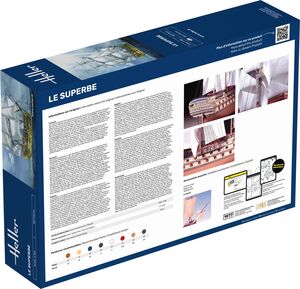 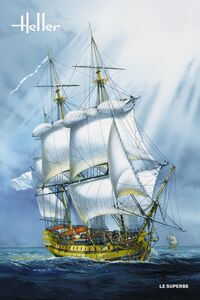 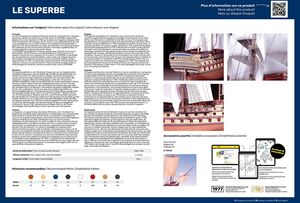 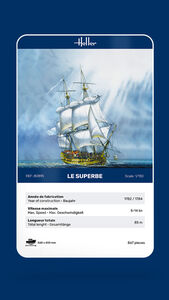 The Superbe belonged to the Téméraire class and was the result of a maritime programme that sought to strengthen the diversity of the ships of the naval forces from LOUIS XVI to the 18th century. The Superbe was developed over a long period of time and built according to the plans of the engineer Jacques-Noël Sané in 1782. Classified among the 74-gun ships, it was the peculiarity of having a copper-plated hull. This practice of doubling had become widespread from 1770. It allowed the hull and in particular the hull shell, not to be attacked by worms and other parasites. An additional advantage was that the ship gained a few knots in speed. The Superbe was equipped with 74 guns, distributed as follows: 28 pcs of 36 pounds on the 1st battery, 30 pcs of 18 pounds on the 2nd battery and 16 pcs of 8 pounds on the fore ship. Like all ships with 74 guns, the Superbe had no mantelet on the second battery. It should be noted that the figurehead of this ship is a coat of arms that was introduced as a regulation in 1785. The Superbe was introduced into the naval army of Admiral Villaret De Joyeuse and sank in January 1795 during a violent storm. The storm damaged many ships of this army, including the Superbe.