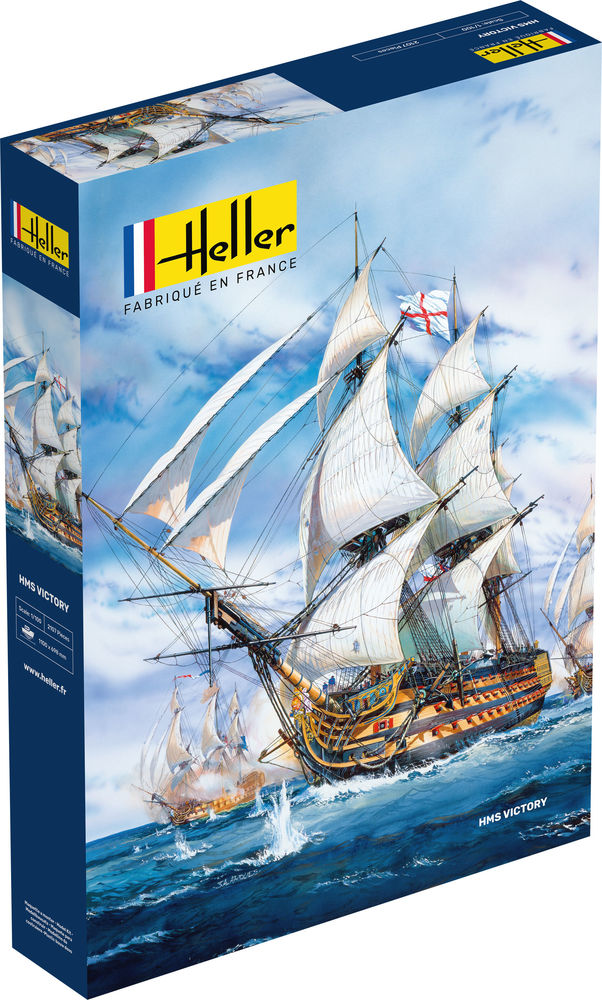 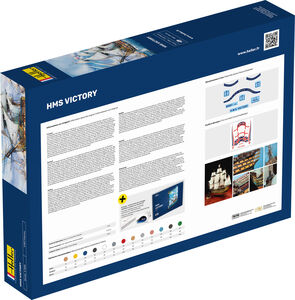 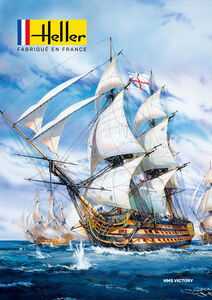 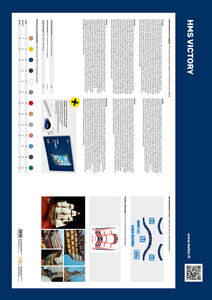 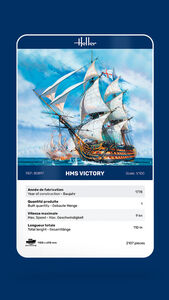 The HELLER Model is the English Admiral Lord Horatio Nelson‘s „H.M.S. Victory”, three-Decker-vessel that was involved in the Trafalgar battle and is the Royal Navy fifth vessel of that name. On 28th October 1760 the ship was officially named „Victory”. In 1777 Great Britain was at war again and on 8th May 1778 the completed vessel was launched as Admiral Vessel under the command of Admiral Lord Keppel to fight her first battle against the French fleet near the Brittany coast. April 1803 she was armed again, with her appearance very different. Most of the golden ornamentation had been changed, or had been deleted. When she then went back to sea she had the looks that are much admired today. In 1825, the vessel became Portsmouth Chief Admiral Headquarters and kept this honor until 1869. The honor was restored to her 32 years later in 1901. In 1921, the Nautical Research Society, whose president was Lord Milford Haven, organized a campaign to save the Victory and on 12th January she was moved into the oldest dry dock in the world: Portsmouth Dock N°2. It is in this dock that she can still be admired, and remains in remarkable condition.