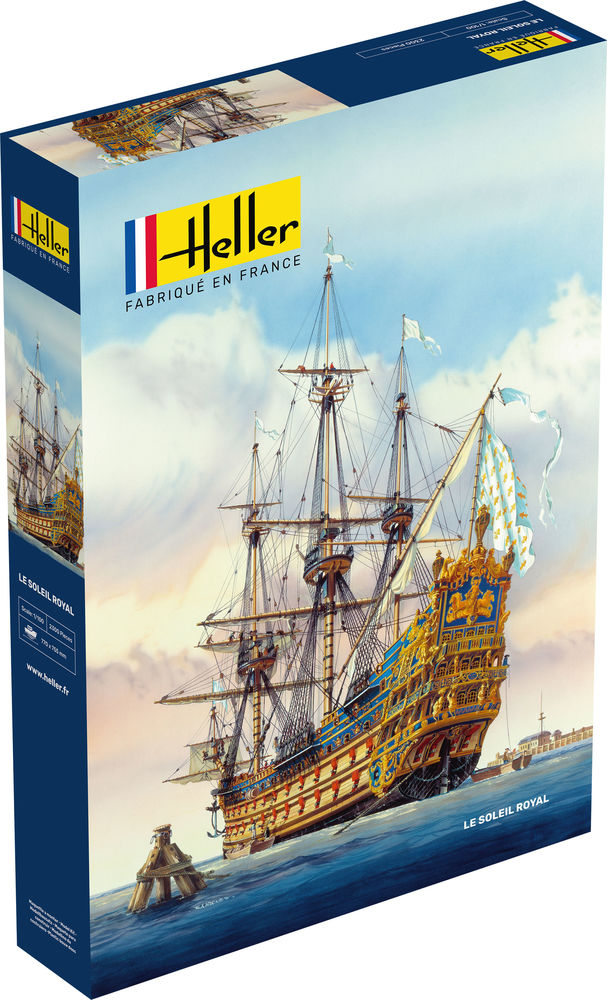 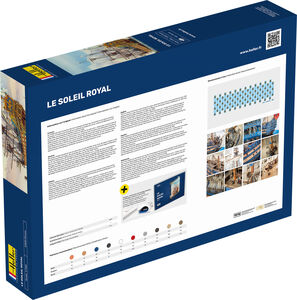 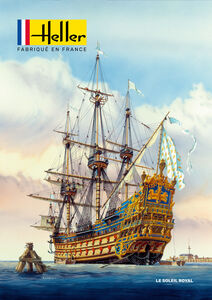 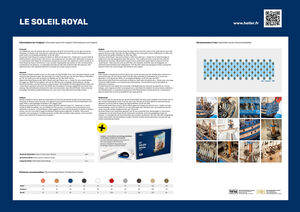 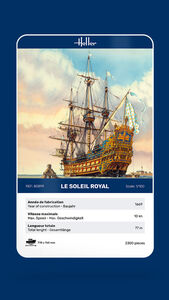 This is a model of the first of the three line ships which bore this name in the royal French navy. She became famous under Tourville who flew his flag on her during the victory of Béveziers on 10th July 1690 and at the battle of Barfleur on 29th May 1692. This first „Soleil Royal“ was built at Brest in 1669 from plans by L. Hubac for an initial tonnage of 2,000 tons, and was designed to take 104 cannon. The sculptures which ornament the ship are attributed to Coysevox. Naval history experts have conducted a great deal of research into the „Soleil Royal“ : they have all come up with their own theories, and they have all disagreed. All authentic documentation has disappeared. The HELLER model aroused great emotion among the experts of the time, even though new elements were added.