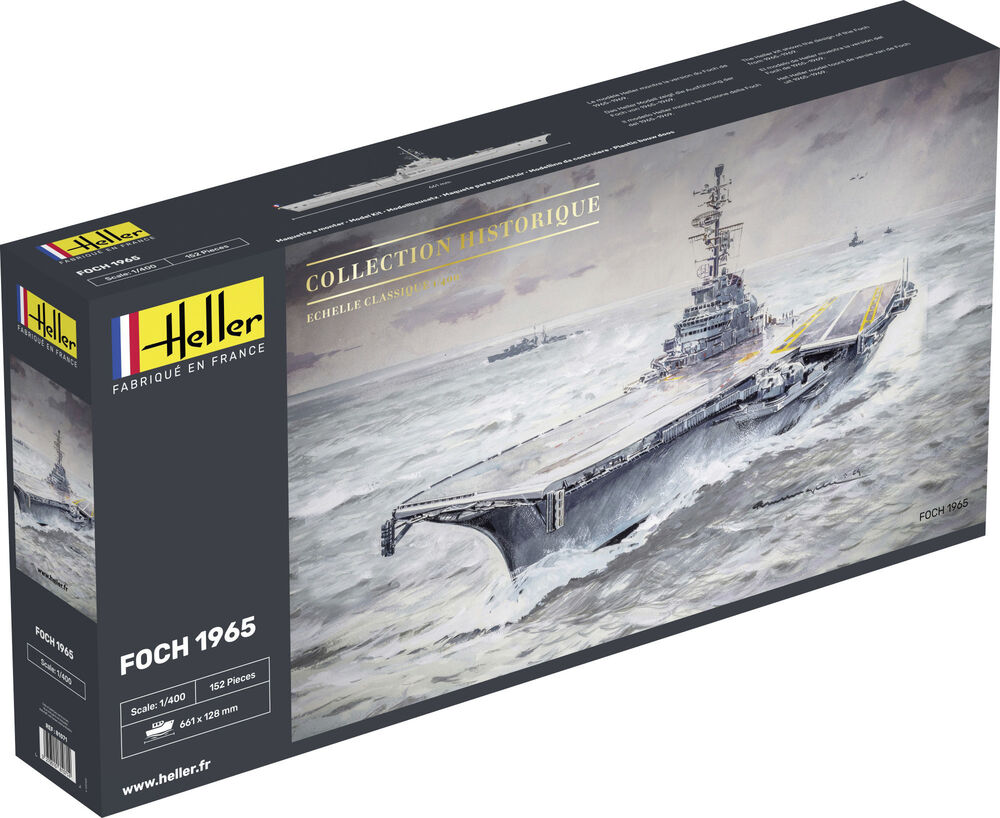 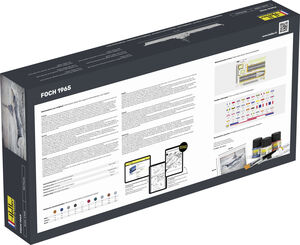 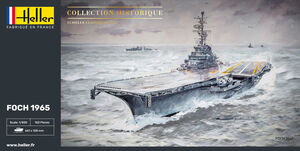 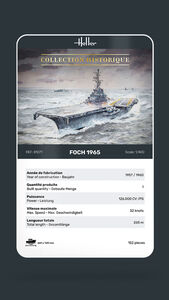 The aircraft carrier Foch (visual call sign R 99) was the sister-ship of the Clemenceau. It was the second warship named in honour of Marshal Ferdinand Foch, who had declared: „Airplanes [...] have no military value“. The Foch, put into the hold in February 1957, was built at the Atlantic shipyards in Saint Nazaire and commissioned on 15 July 1963. The landings were made on the 165 m sloping runway equipped with 4 stopping strands. The 2 steam catapults of 50 m allowed the take-off of 15/20 ton aircraft at 110 knots. The 2 lifts could lift a 15-tonne aircraft to 8.50 m in 9 seconds. Between 1980 and 1981, it underwent an IPER (Periodic Unavailability for Maintenance and Repair) which equipped it with a naval operating system for tactical information, an inertial power plant for adjusting the aircraft platform before catapulting, missile bunkers for AM-39 Exocet missiles and tactical nuclear weapons. It will thus be able to accommodate 4 or 5 AN-52s and then the ASMP6 missile. After a 37-year career in the French Navy, it was sold on 15 November 2000 to the Brazilian Navy, which finally disarmed it in November 2018.