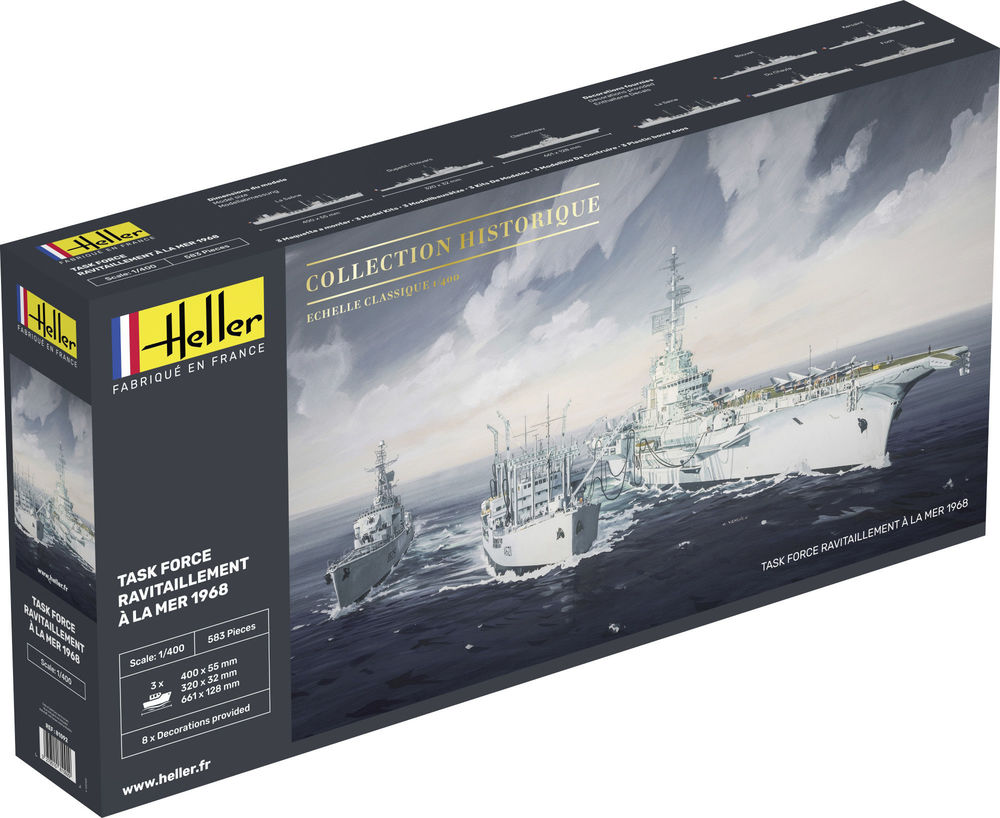 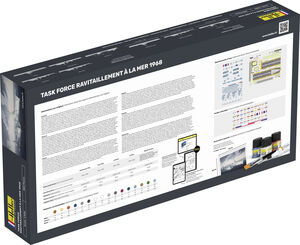 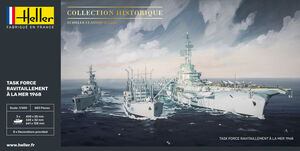 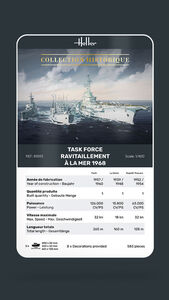 The centrepiece of modern navies, the naval air group, or „Task Force“, allows the projection of large forces in the context of regional crises or more serious conflicts. Structured around one or more aircraft carriers, this unit is protected by anti-aircraft and anti-submarine warfare escort, followed by a squadron train responsible for refuelling at sea. As early as the 1960s, the French Navy set up such groups, the new aircraft carriers Clemenceau and Foch were frequently accompanied by Tartar recast escorts, named after the anti-aircraft system equipping the Kersaint and Dupetit-Thouars among others. Away from its home port and sometimes in hostile zones, it is then necessary to supply the group with fuel, ammunition, spare parts and fresh food. This is the role of the tanker refuellers, the first modern vessels equipped for this purpose being the Seine and the Saône. A delicate exercise, refuelling at sea, or RAM, sees several ships sailing together, the tanker often being flanked by the aircraft carrier on one side and a wing escort on the other. The fuel is transferred by means of flexible sleeves, with the goods passing through pallets suspended by a network of cables. Finally, an important detail for all the sailors embarked on these warships, the mail of the families arrives on board on the occasion of such refuelling at sea!