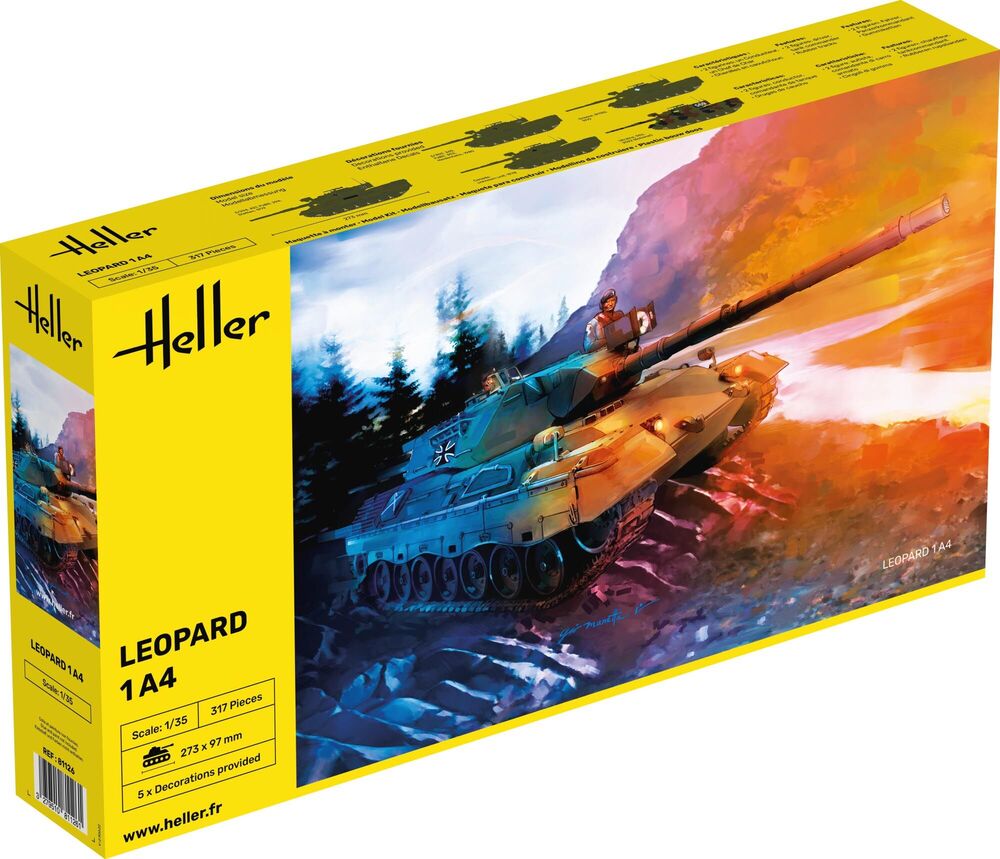 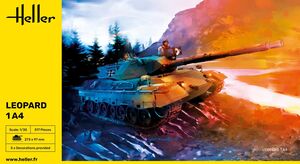 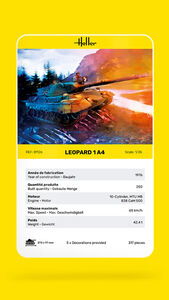 The Leopard 1 is a German main battle tank. It was the first tank developed in Germany after the Second World War. It was used in a total of 13 countries on five different continents. Due to constant increases in combat value, it can still be found in the armies of many countries in the 21st century. From 1964 to 1984, 4,700 Leopard 1 main battle tanks were built, in all variants. Krauss-Maffei Wegmann still offers the user states of the Leopard 1 a wide range of retrofit options. The Leopard 1A4 is a converted Leopard 1A1 to A4 status. The new designation was 1A1A4. The delivery of this 6th construction lot started in August 1974 and ended in March 1976 with a number of 250 vehicles. In 1989, 235 tanks of the 6th batch were taken out of the inventory and re-equipped to A3.