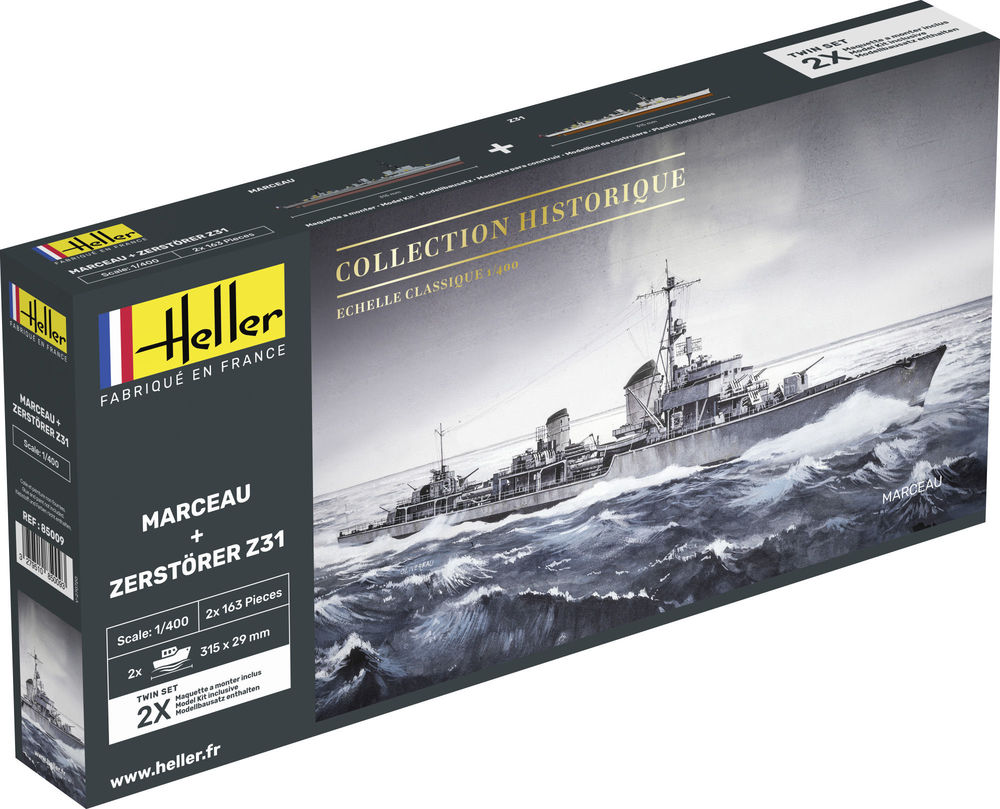 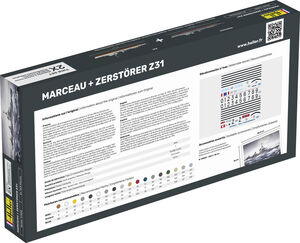 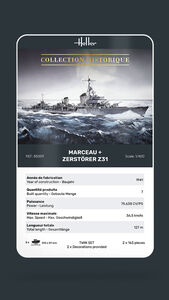 Kriegsmarine destroyer launched in Bremen on May 15, 1941, the Z31 entered service in March 1942. It served in the Norwegian Sea and the Baltic. At the end of the war, he was captured in May 1945 and assigned to Great Britain in December. As war damage, the latter returns it to France. Renamed MARCEAU in February 1946, it will be returned to service as an escort in the French Navy under the hull number D601. The MARCEAU is offered in this box in its 1947 configuration.