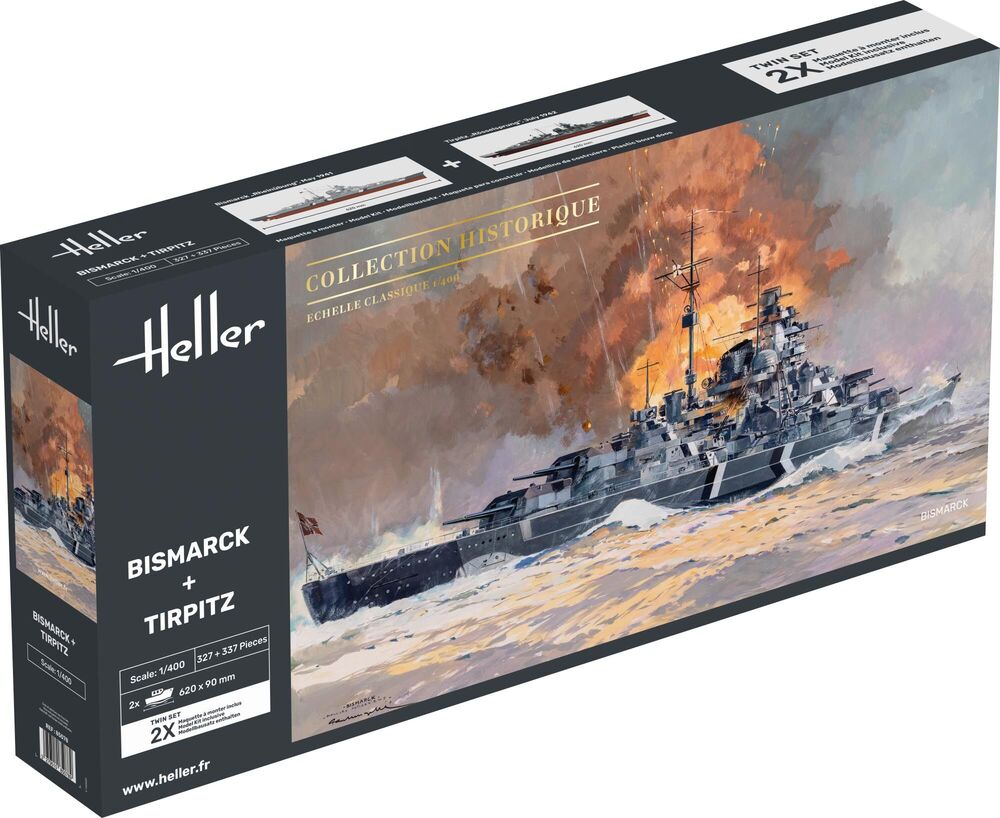 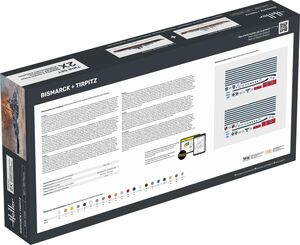 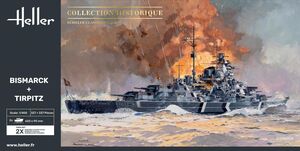 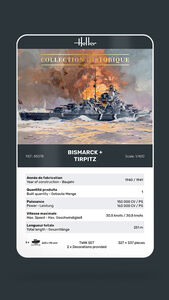 The BISMARCK was commissioned from the Blohm & Voss shipyard in Hamburg on 1 July 1936. Launching took place on 14 February 1939, commissioning on 24 August 1940. The major operation in which the Bismarck took part was „Operation Rheinübung“ in May 1941, together with the Prinz Eugen, to wage trade warfare in the North Atlantic against the Allied convoys. During the battle of 27 May 1941, the Bismarck was hit several times by torpedoes. „HMS Dorsetshire“ hit the starboard side with two torpedoes and another torpedo port side which brought about the end of the Bismarck. The ship sank about 550 nautical miles west of Brest. The keel of the TIRPITZ was laid in Wilhelmshaven on 2 November 1936. Her launching took place on 1 April 1939 and the ship was commissioned on 25 February 1941. Some improvements to the design made the Tirpitz heavier than her sister ship Bismarck and to this day she is the largest battleship ever completed in Europe. “Operation Rösselsprung“ was carried out from 2 to 5 July 1942 against the Anglo-American convoy PQ 17 and consisted of the ships Tirpitz, Admiral Hipper, Admiral Scheer and smaller units. On 12 November 1944, the ship received three direct hits during air raids and sank near Tromsø.