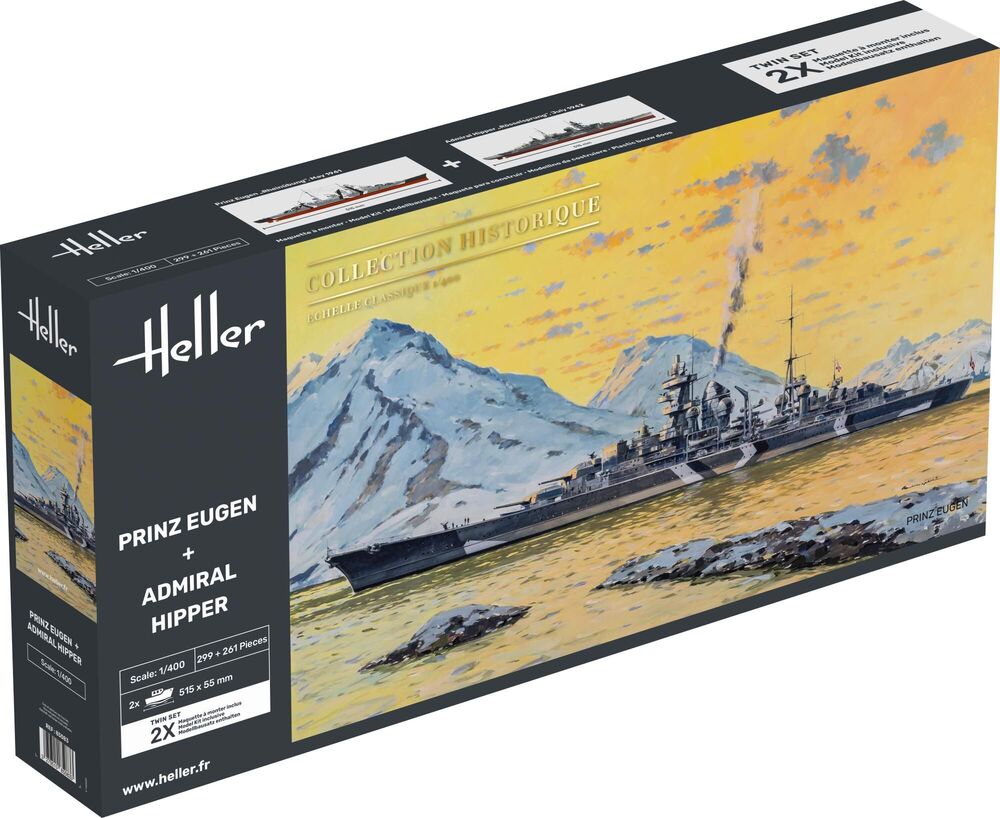 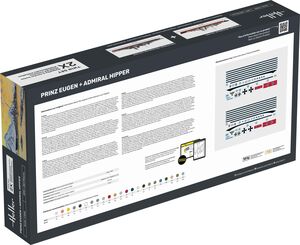 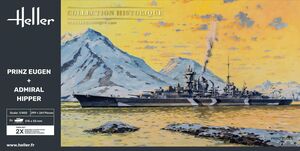 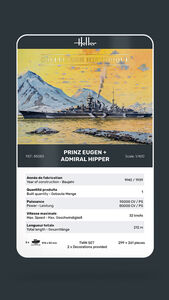 The PRINZ EUGEN was launched on 22 August 1938 by the Germaniawert in Kiel and was commissioned on 1 August 1940. Her best known operation was the „Operation Rheinübung“ in May 1941. On 24 May, HMS Hood and HMS Prince of Wales got into an engagement with the Prinz Eugen and the Bismarck, during which the Hood was sunk and the Prince of Wales heavily damaged. Assigned to the United States as spoils of war, she ended her service in nuclear tests at Bikini Atoll „Operation Crossroads“, during which she sank heavily damaged on 22 December 1946. The ADMIRAL HIPPER was launched on 6 February 1937 at the BLOHM und VOSS AG shipyard in Hamburg and entered service on 29 April 1939. Several attacks on Allied convoys, including „Operation Rösselsprung“ from 2 to 5 July 1942 against the Anglo-American convoy PQ 17 together with the Tirpitz, the Admiral Scheer and smaller units, resulted in damage on 30 December, so that the Admiral Hipper was temporarily decommissioned in Wilhelmshaven at the beginning of 1943. On 3 May 1945, the Admiral Hipper was badly hit by British aircraft during heavy air raids in the Kiel dry dock and later blown up by her own crew.